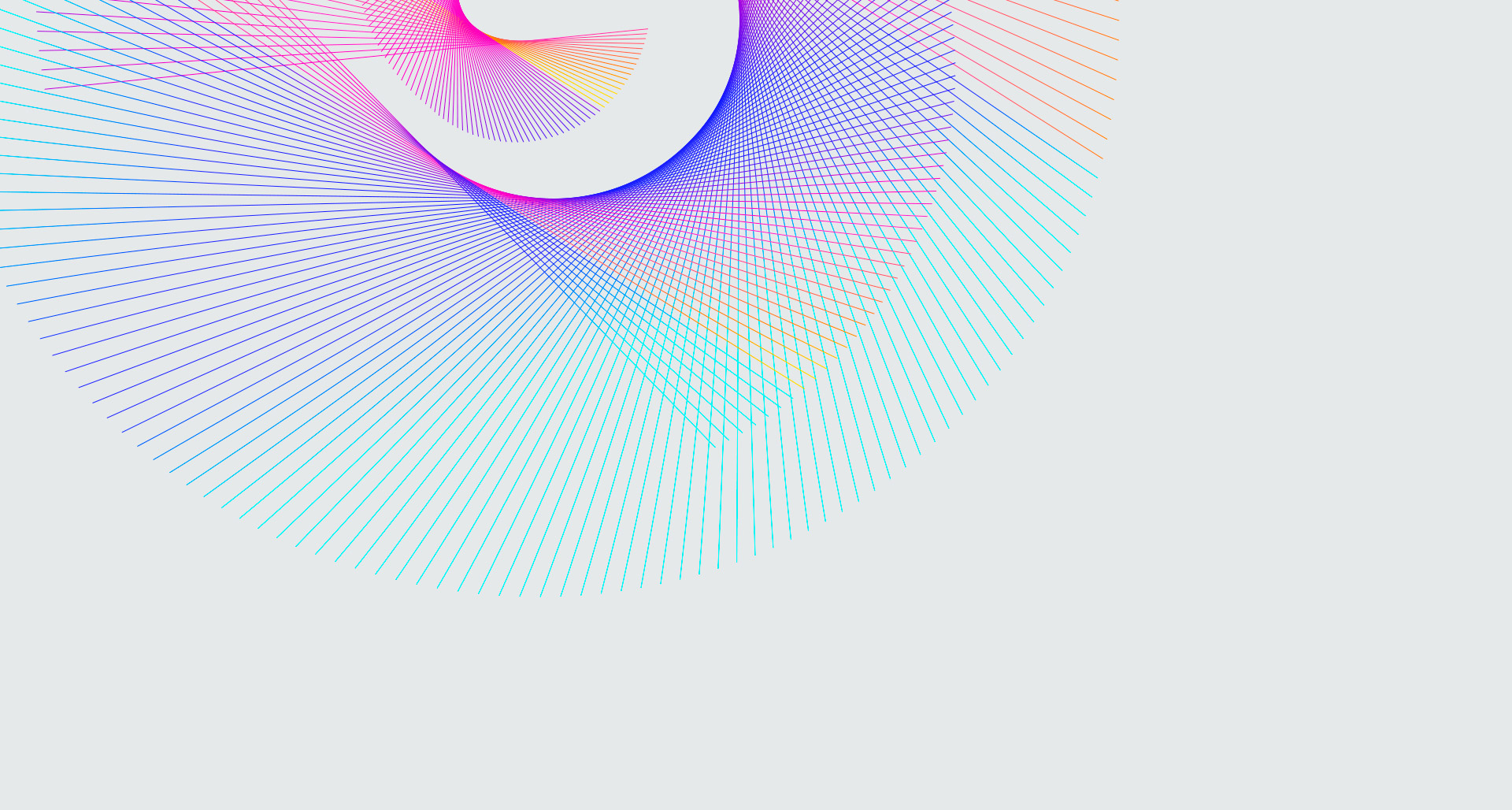 ACEMS sponsors events that support equity and diversity, early-career researchers and increasing female representation rather than contributing to the general funding pool of an event. The Centre also aims to enable opportunities that would perhaps not be possible within the larger event without ACEMS’ support.

ACEMS asks all those submitting a sponsorship request about what gender equity strategies have been put in place for the event, the gender split of speakers at the event, have they considered providing support for families (such as child care or funding for attendees/speakers to bring dependents), and have they considered other cultural and diversity matters (such as providing space for prayer, or breaks at these times, dietary requirements, and access and mobility requirements). Moreover, the Centre requires all events which it sponsors to have a Code of Conduct and process for the handling of complaints.

During 2020 ACEMS sponsored a small number of in-person events at the beginning of the year that made a great impact on the mathematical sciences community. Below is a brief summary of these events. 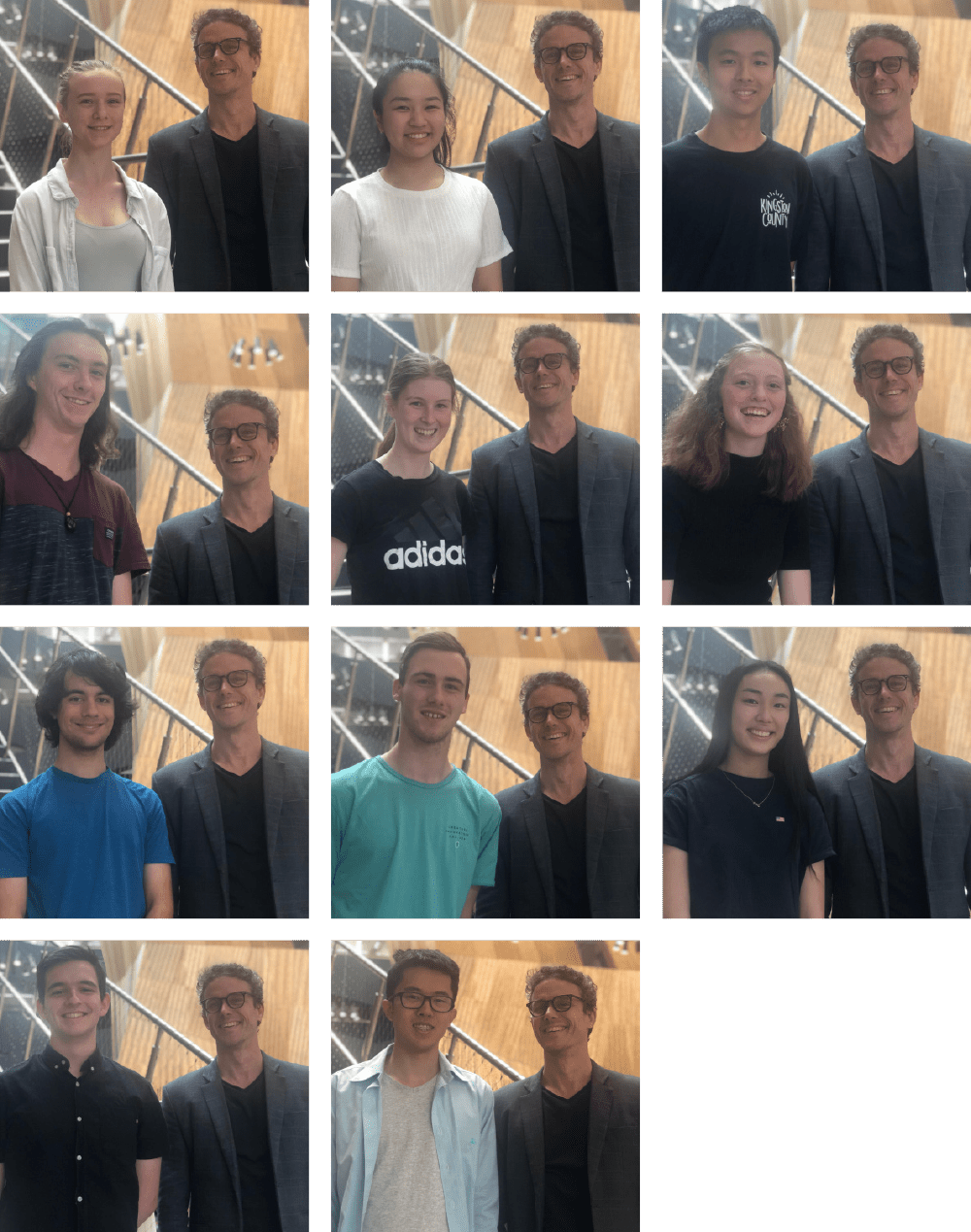 The National Mathematics Summer School (NMSS) is a two-week residential school that runs each January in Canberra. It attracts approximately 75 students, most of whom are about to begin their last year of secondary education. Students come from all over the country and are selected by their respective state mathematics teacher associations.

The 52nd NMSS ran from 11 to 18 January under rather exceptional circumstances. Due to the bushfire and smoke situation in Canberra at the time, NMSS was cancelled at ANU less than 48 hours before it was due to commence, then resurrected as a one-week program at The University of Melbourne. Despite the drastic change in circumstances, the school ran successfully, and the funding provided by ACEMS played a role in the school's success.

The $10,000 funding received from ACEMS was used to award scholarships to eleven attendees of the 2020 NMSS. The ACEMS scholarships helped to diversify the demographic of students attending NMSS 2020. In particular, the ACEMS scholarships allowed students, who might otherwise find the cost prohibitively expensive, to attend. This helped to expose these students to mathematics beyond the school curriculum.

ACEMS joined seven other ARC Centres of Excellence in sponsoring the Networking event at the Australian Science Communicators Conference in 2020. The conference was held at Monash University in February. Around 200 science communication professionals from around the country joined some members of the media and political leaders for the weeklong conference. The ACEMS logo was displayed on the main slides throughout the conference. The networking event was held on the last evening of the conference. The sponsorship gave ACEMS, and the other Centres of Excellence, the chance to introduce themselves to all the attendees. The joint sponsorship was led by the communications professionals at each Centre. It was another example of the group collaborating to promote the important work being done by Centres of Excellence, both individually and as a whole. 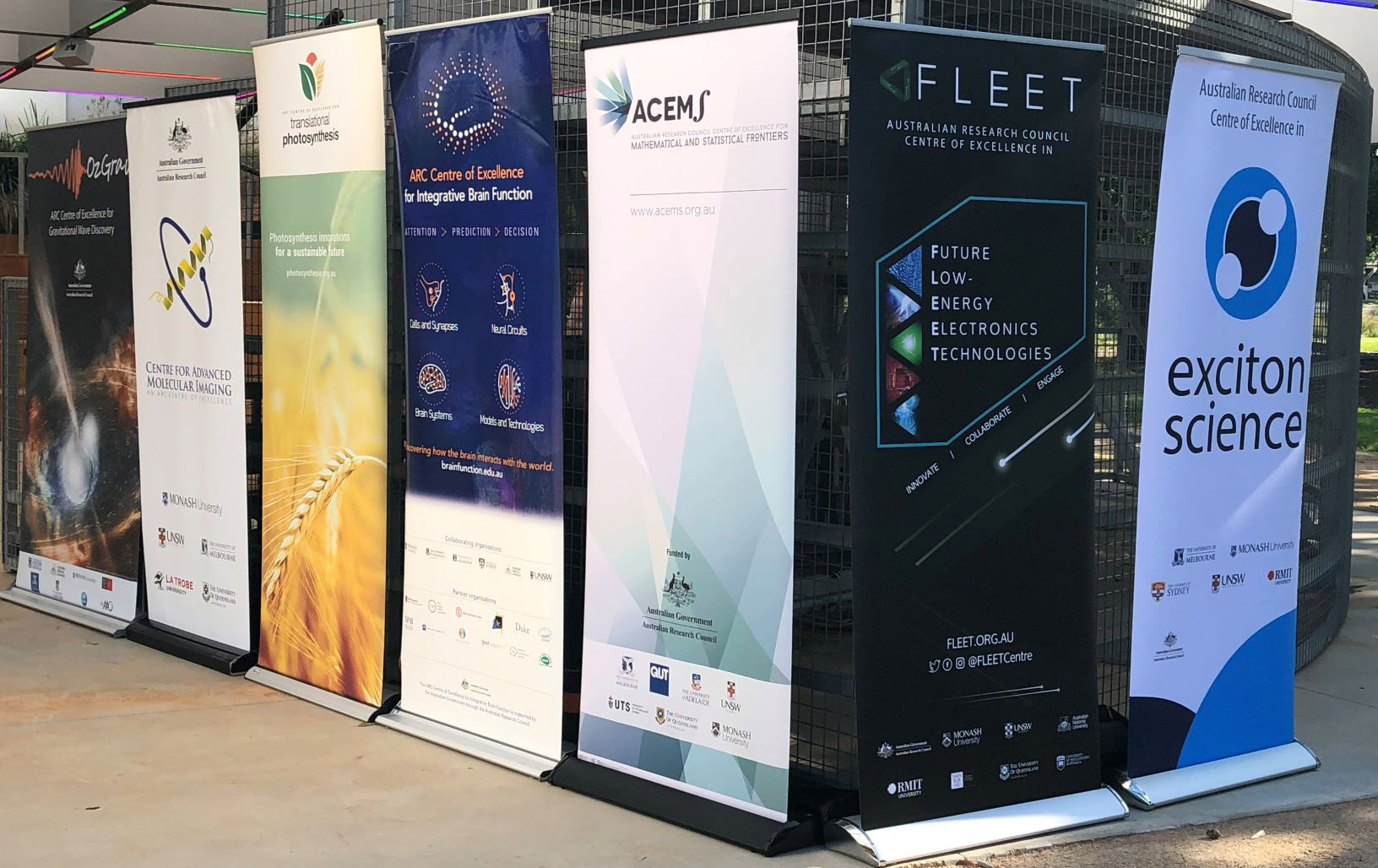 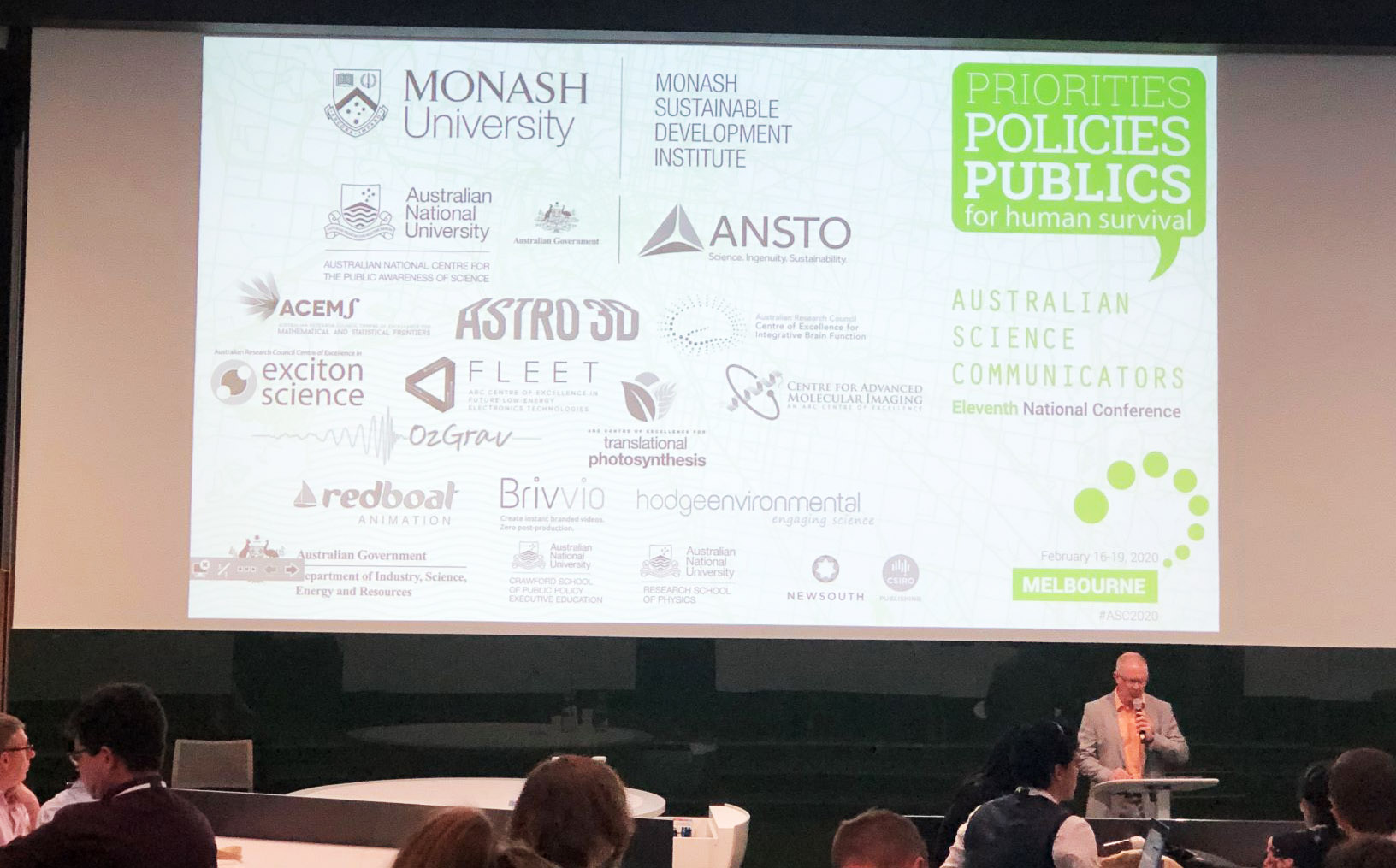 Conference attendees arriving at the event, sponsor displays and an example of sponsorship recognition during the conference. 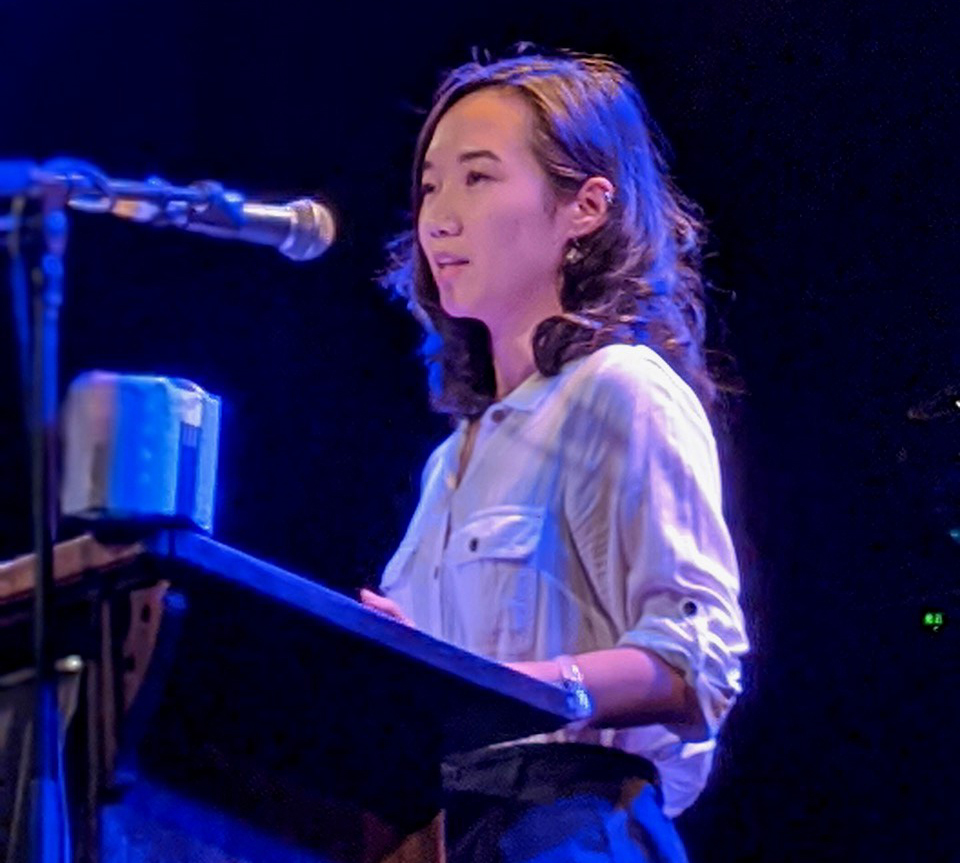 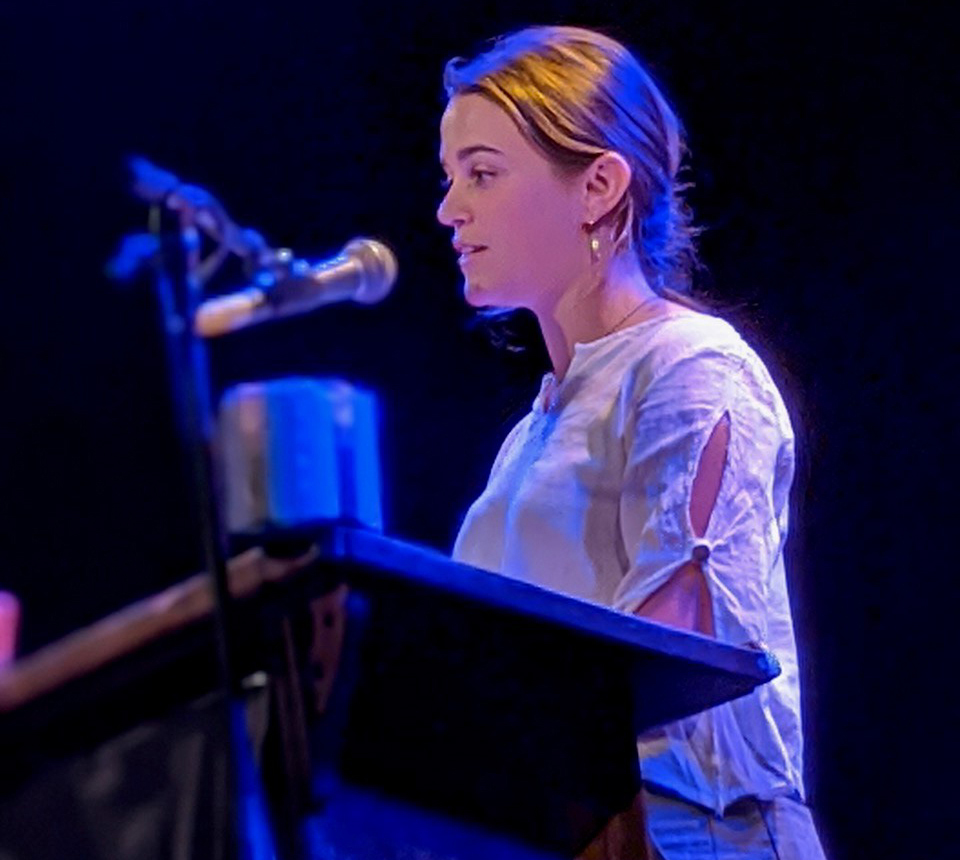 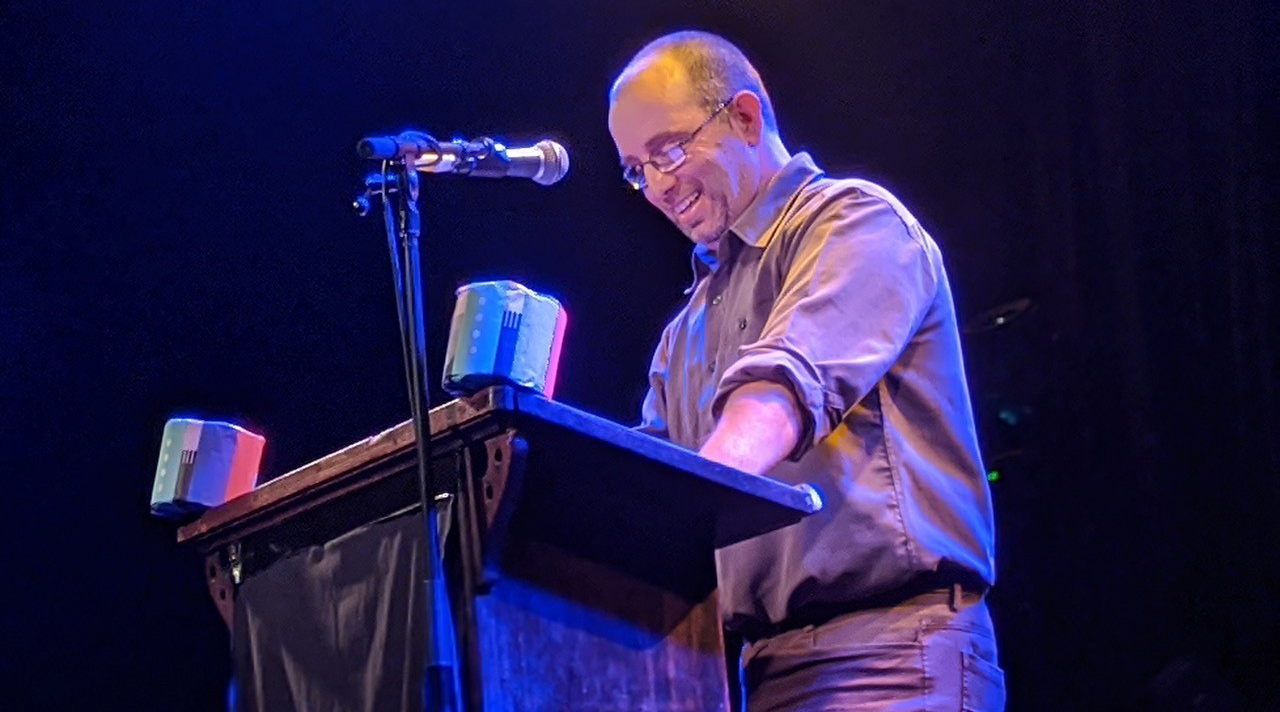 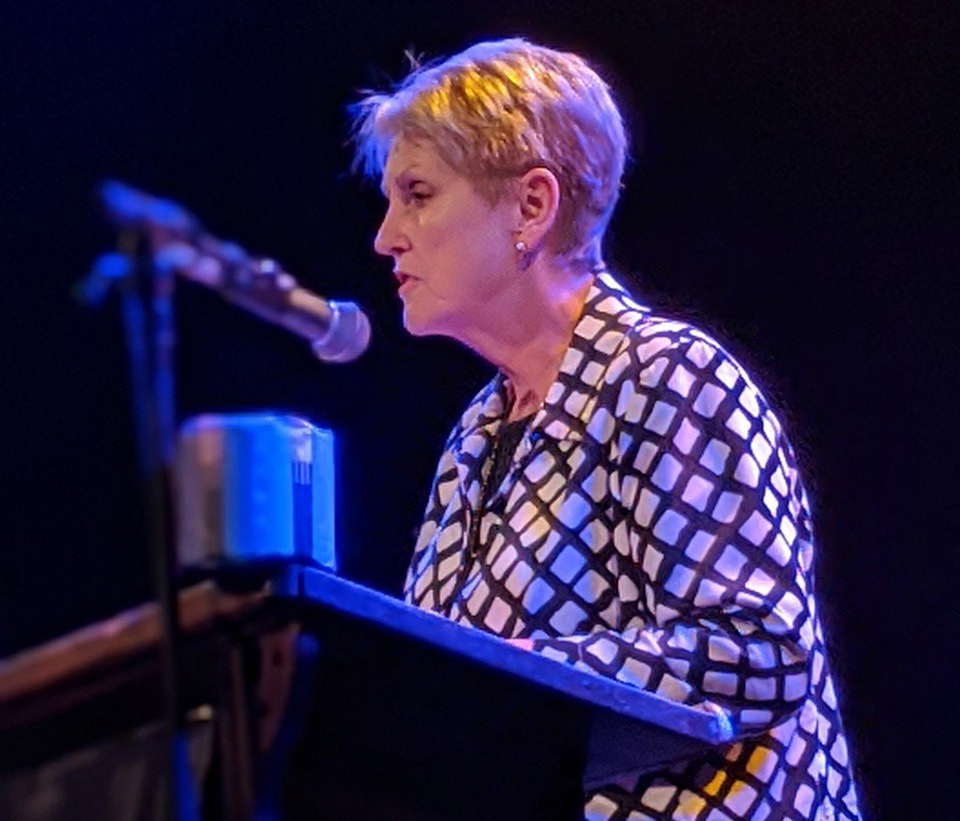 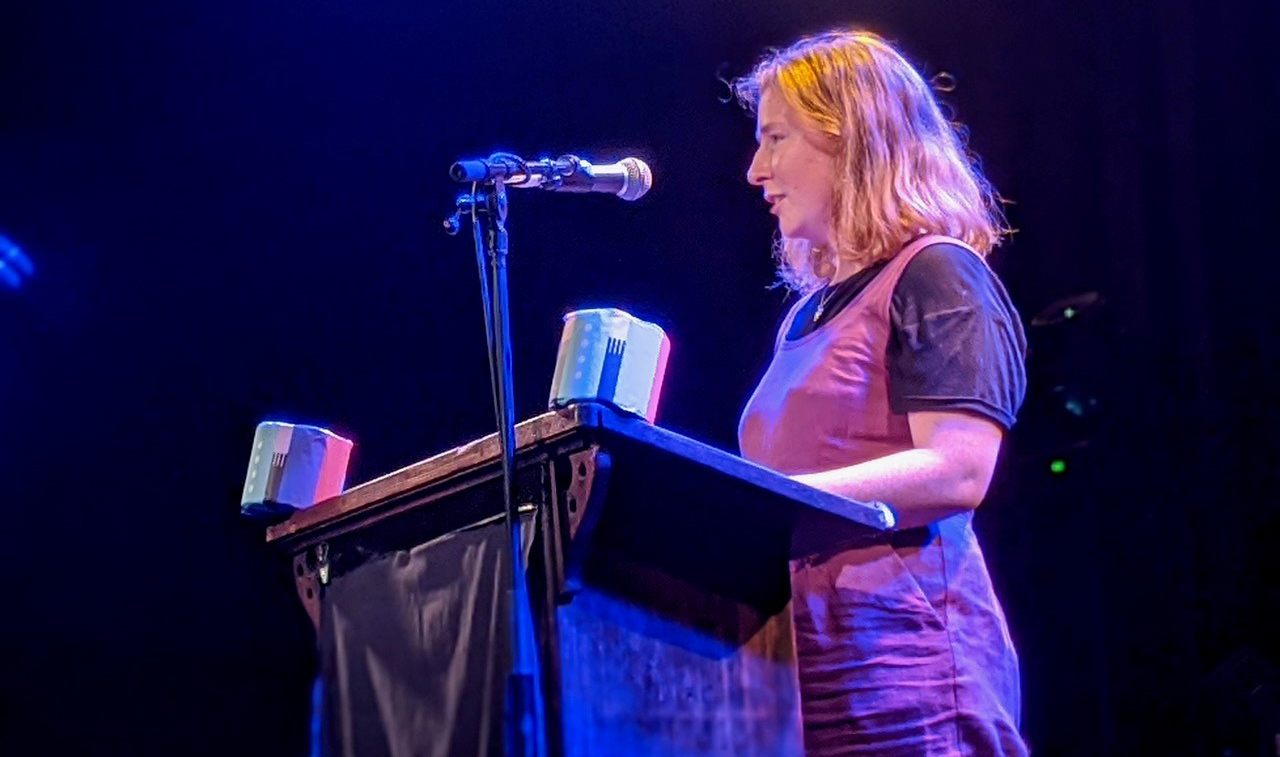 The Laborastory is a science storytelling event in Melbourne that comes to tell the stories of science – the heroes, the egos, the breakthroughs and the mistakes of genius. Each Laborastory event brings together five scientists from different fields to tell the remarkable stories of the heroes of their field. Each story is just ten short minutes. They tell the tales of the tragedies and triumphs of the men and women who made science their passion, and left legacies of groundbreaking discoveries that inspire the scientists of today.

Laborastory March 2020 was the first event, after a one year hiatus, in a new venue (Howler, in Brunswick). The coronavirus pandemic was beginning to make news (spare rolls of toilet paper were given out as a prize during the night), but the seriousness of the crisis was not yet apparent (the State of Disaster in Victoria was declared within a fortnight). Despite the break and the new space and the emerging health crisis the crowd was large and as enthusiastic as always.

Laborastory audiences really are among the best you can get, always ready to laugh and encourage the more junior speakers. Five speakers (1 clinical geneticist, 2 PhDs and 1 honours student from Melbourne Uni, and one microbiologist/children's book author) spoke on their science heros, including: Rick Guidotti, fashion photographer who started shooting fashion shots of kids with albinism and other conditions that affect their physical appearance; Daniel Kahneman, an economist and a psychologist who showed that intuition is not always right; Anne Treisman, psycholgist, who famously demonstrated that where your visual attention goes completely shapes your experience of the world (AKA the monkey business illusion); Fred Sanger, two-time winner of Nobel Prize for chemistry; and Gunther von Hagen, the anatomist who pioneered plastinated cadavers for world exhibitions, and has bequeathed his own body for this purpose, on the condition his wife performs the procedure. The evening was engaging, funny and informative, and Sam Mills (MC on the night) received positive feedback from members of the audience, with multiple people asking how they could arrange to do a talk. The speakers themselves were also very happy with the outcome, and glad they had done it.

The annual WIMSIG (Women in Mathematics Special Interest Group) conference, a Celebration of Women in Australian Mathematical and Statistical Sciences, was to be held at Monash University in Melbourne in September 2020. ACEMS provided $4,000 sponsorship to contribute towards the gender equity initiatives and an early-career researcher event. When the conference was postponed, it was agreed that the funds could be held and used instead for the 2021 conference.

Real World Maths in Action is a one-day free event at the University of Melbourne, attended by 500 Year 11 and 12 students and their teachers. The main objectives of the Maths Fair are to promote the importance and broad applications of mathematics and problem solving skills, and raise awareness of career opportunities for mathematics and statistics graduates. The Maths fair consists of two key events: Mathematicians Exposed and the Mathematics in Industry and Technology (MIT) Challenge. The MIT Challenge is a competition for teams of four students that is designed to give students a taste of real world consulting in two and a half hours. Teams need to produce a written report of their proposed solution and give an oral presentation on their proposed solution to the judging panel and the Maths Fair participants. $2,154 was approved by ACEMS to sponsor the MIT Challenge competition prizes. When the event was postponed, it was agreed that the funds would be made available in 2021.